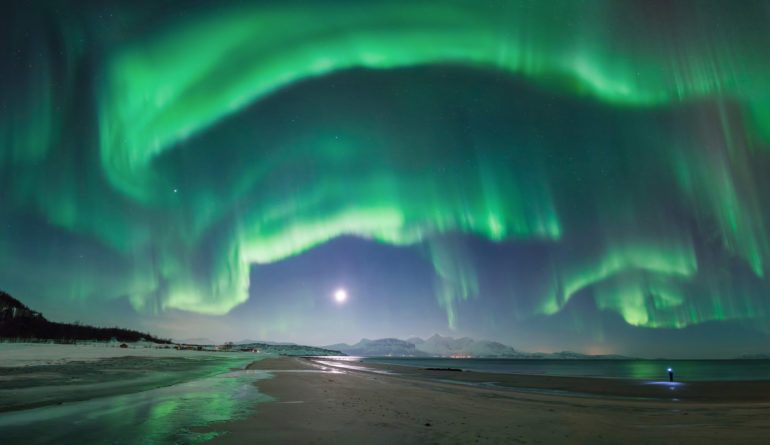 The otherworldly aurora borealis, or northern lights, begin high in the Earth’s atmosphere—at altitudes from 60 to more than 250 miles—when charged particles from the sun become trapped in the Earth’s magnetic field. The result is a colorful, dancing light show.

In the polar latitudes, auroras can appear on any dark night. Long winter nights are good but not necessarily the best time. Near equinoxes in March and September, the Earth’s magnetic field lets more solar particles interact with the atmosphere, creating aurora seasons! I suggest autumnal equinox in September, when there are pleasant temperatures in polar latitudes.

And remember: Besides weather, a dark sky and the right season are the keys. Try moonless nights.

Even without the northern lights, Iceland is an otherworldly place to visit, with glaciers, geysers, massive waterfalls, and volcanoes. Both the latitude and longitude of the country favor aurora viewing, but the weather doesn’t always cooperate. However, a good coastline road around the country lets you chase clear skies.

When to Go: Late August to early April 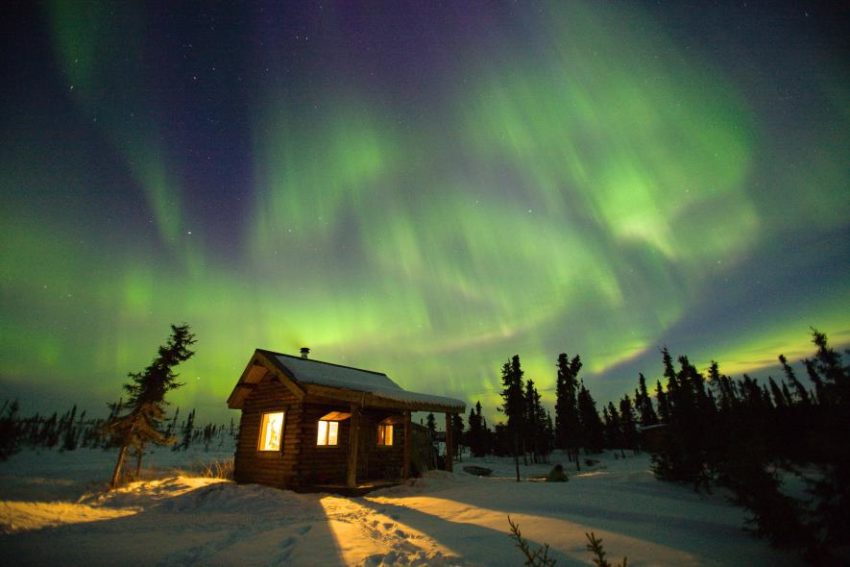 Located just two degrees below the Arctic near international airport and close to the impressive Denali National Park, Fairbanks is the best place in the U.S. to take in the northern lights. It even has its own forecast system and offers tours to take visitors far from city lights.

When to Go: Late August to mid-April 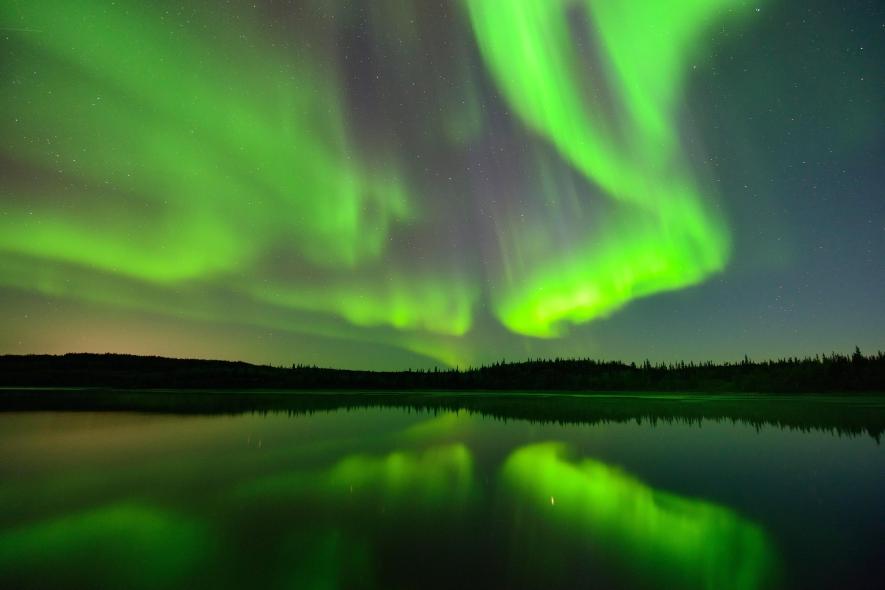 This Northwest Territories capital on the shores of Great Slave Lake boasts its own Aurora Village and special activities for northern lights tourism. Canada is an aurora viewing paradise, thanks to its northern latitude and low light pollution; elsewhere in the country, Wood Buffalo and Jasper National Park are popular viewing spots.

When to Go: Mid-August to late April. For Churchill and Wood Buffalo, early August to early May. 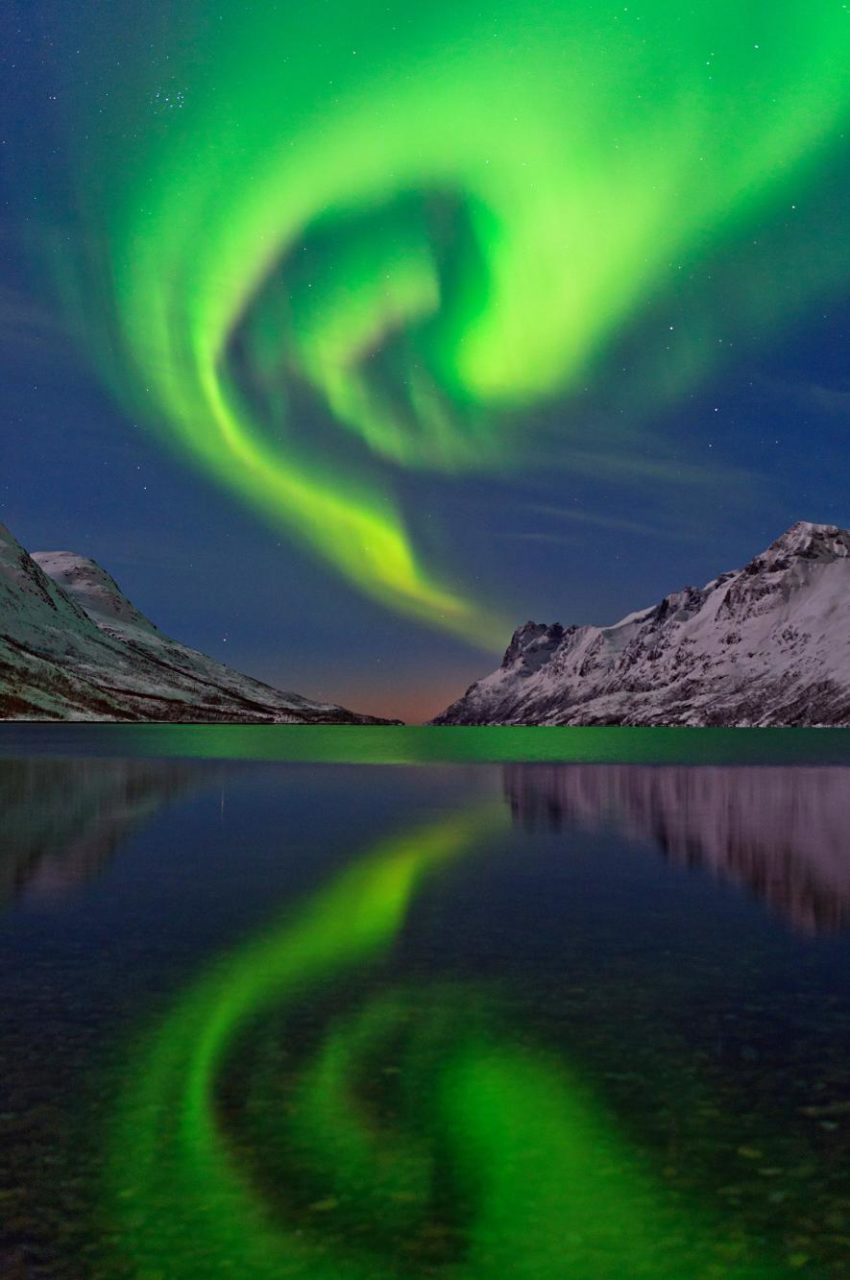 A fjord reflects the glowing green light of an aurora near Tromsø, Norway.
[Photograph by Babak Tafreshi, National Geographic]

The largest urban area in northern Norway is 217 miles north of the Arctic Circle, but thanks to the Gulf Stream the coastline has surprisingly moderate temperatures. It also has beautiful scenery, magnificent fjords, and the Lyngen Alps.

Other popular locations in the country are the Lofoten Islands and the far northern towns of Alta, Nordkapp, and Kirkenes.

When to Go: Mid-September to late March 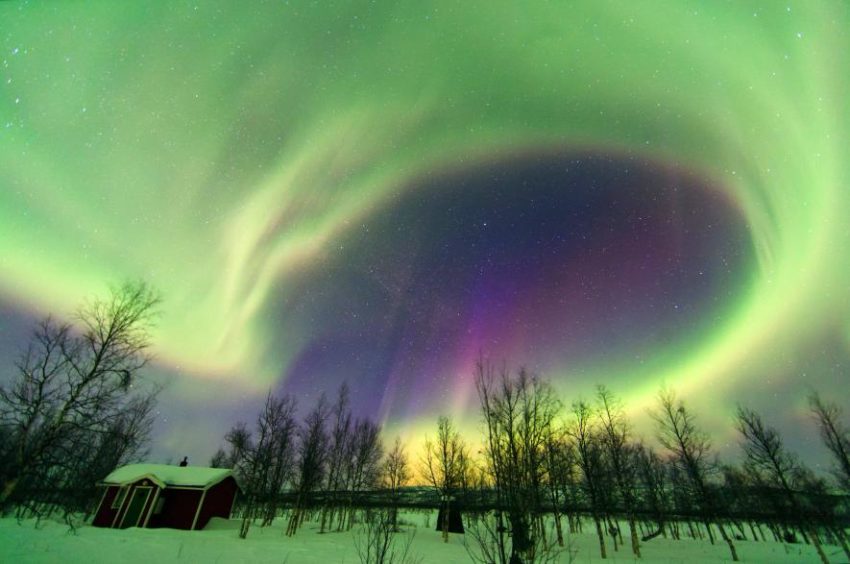 Sweden’s northernmost town of Kiruna is a gateway for nearby attractions. There is the ICEHOTEL, mountainous Abisko National Park, the local Sami culture, and plentiful reindeer. A short drive from the town takes you to a good spot for aurora viewing. The weather here is much more stable than the Norwegian coast, but it’s colder too.

In Finland’s Lapland region, Rovaniemi serves as a gateway town to nearby national parks—where in winter you can spot frozen snow-covered trees called Tykky sculptures along with the northern lights.

When to Go: Mid-September to late March 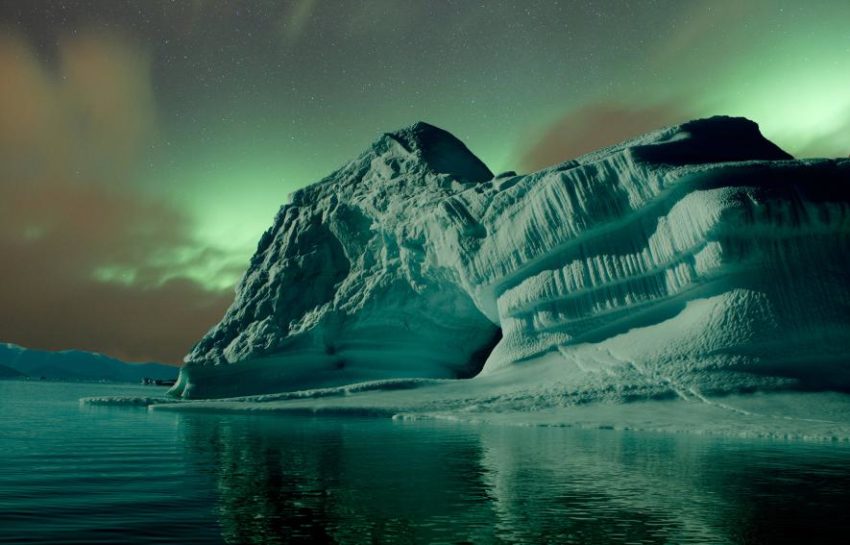 It’s possible to be too far north to see the northern lights—such is the case in northern Greenland. But head farther south for beautiful auroras and attractions like Qaleraliq Glacier, which has small floating icebergs even in summer.

When to Go: Mid-August to late April in the south and late August to mid-April in Nuuk. 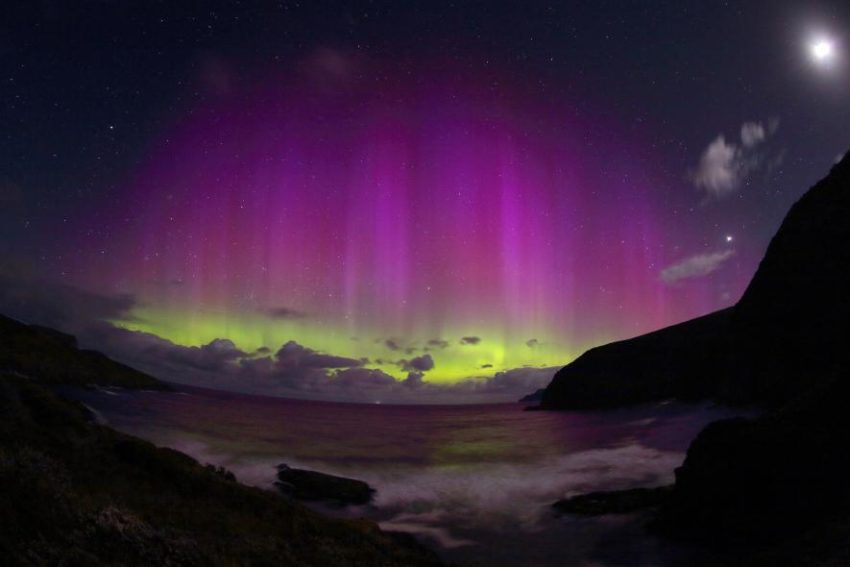 The southern lights illuminate the sky in Tasmania, Australia. [Photograph by Yuichi Takasaka]

You hear about northern lights more often than southern lights (aurora australis) because there are fewer locations to see auroras from the Southern Hemisphere. Your best chance is on the southern tip of both Tasmania (Australia) and New Zealand, where a dark sky will help you see any active auroras over the southern horizon. These are the closest accessible places to the south magnetic pole, outside of Antarctica.

When to Go: Year round, but your best chances are near equinoxes.