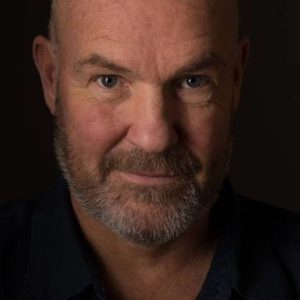 His music is all about the aural atmosphere, beautiful acoustic piano moments, including tribal calls and vocals, and all together blended with multi-layered electronic backings with bursts of acoustic instrumentation keeping it fresh and varied. Michael’s Music gives a classical and jazz touch, perfectly transposed in the chill-out genre.

As a child, Sheffield native, Michael E struggled with the classical music he was taught to play on the piano. At the time it simply did not resonate with him. It was only in the early 70’s with the Motown era that music began to speak to him in a more profound way. He joined various cover bands and toured the Euro/American Navy and Air force bases in Germany, Italy, Spain playing keyboards and percussion. As a means to support his family and continue his love of music he continued as a solo pianist at home in Sheffield.

“It was a new beginning, I was able to paint soundscapes and conjure up musical worlds that inspired me to be ever more creative and daring.”

He also started composing his own music for solo piano at a time when the age of digital recording had not arrived. When it did, he realised he could complete a full arrangement, playing all the parts enabling him to conjure up wonderful sounds, haunting melodies and explore so many musical landscapes. Michael was well and truly hooked and it was almost like a new beginning for him. In 2006, Michael E was finally in a position to dedicate his life to the pursuit of his musical dream. When the chance came along he grasped it wholeheartedly and has never looked back. Since then he has released 21 albums and appeared on over 1,250 compilations.

“I can’t see me ever getting jaded and doing anything other than creating music. I’m always inspired by other wonderful artists I hear and as much as I’m a creator of music, I’m also a massive fan too. Music is wonderful and I’m so lucky to be a part of it.”