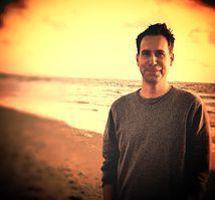 Project Blue Sun was founded in 2012 by the german producer and artist Oliver Schulz. Oliver was born near munich and he developed a passion for music early on playing guitar. When he got his first PC he began to create some electronical music with it. In 1997 he bought with two friends some music equipment for making trance music.
At the beginning it was just a Sampler, Synthesizer, Drumcomputer TR909, TB303 and an Atari Computer. His main focus was in producing trance music and after a while he released his first tracks on vinyl and got more and more booking requests as Live Act!
Oliver was on stage together with DJ Quicksilver, Aquagen, Nils Van Gogh, Yves Deruyter and even with the British Pop Band “Right Said Fred” and also with some other very famous DJ`s.
His most famous tracks from this period are “You Know – T.B.R”; “Blue Sun – DJ X-Sonic” and “Electronic Vibes” – Agent Orange which was supported and played several times by DJ “Paul van Dyk”.
Oliver produced also some remixes for Cosmic Gate (DJ-Bossi), Marga Sol, DJ-Snowman, Tim Gelo, NaXwell, Chris Excess, The Guro Project (Guro Josh) and many more. To get a little bit a change of Trancemusic he has formed in the year 2001 another band which was called “Four8ties”
With this band he produced and released a synthpop album called “Touche Par Son”.
In 2002 he was even Supportact of the “Right Said Fred” 2002 Tour with his synthpop project “Four8ties”. Some Remixes for another great synthpop band which is called “Dawnfine” followed.
Since 2013 he changed from producing trance music to produce mainly Chillout / Lounge music.
So he has founded his new project which is called “Project Blue Sun”
Lounge music is now definitively his big love in musicgenre…
Smooth, jazzy, relaxing and balearic melodies and chilling vibes are now his taste.
While producing and getting inspiration for his new chillout/lounge tracks he often closes his eyes and dreams of warm and sunny days at greece , beautiful beaches, colorful oceans and wonderful sunsets. Sometimes he also gets his inspiration just by relaxing and drinking some wine by candlelight.

After some single releases he released his first Chillout Album called “Kissed By The Ocean” on Drizzly Rec. His second album is called “Secret Moments” and has more sensual tracks this time. His releases “Besame” , “About Love” and “Sunrise” were even part of YORK`s compilation “Planet Chill 2013” and “Planet Chill 2014”. Besame was also released on YORK`s best of Planet Chill CD!

Besame reached place 31 in the chillout single charts at beatport.
“Project Blue Sun” also gets very good airplay and support from some known radiostations and DJ`s such as DJ Nartak of Radio Klassik Lounge , Ibrahim of Northcoast Cafelounge, Curt Wright of Ocean Radio Chilled and Marco Celloni of Canale Italia with his great show “Sunset Emotions”. With his Deep House Tracks “Waiting For The Sun” and “Feel The Love” he had a huge success in several Dance Charts. In the German Dance Charts “Feel The Love” climbed even to the top 10.