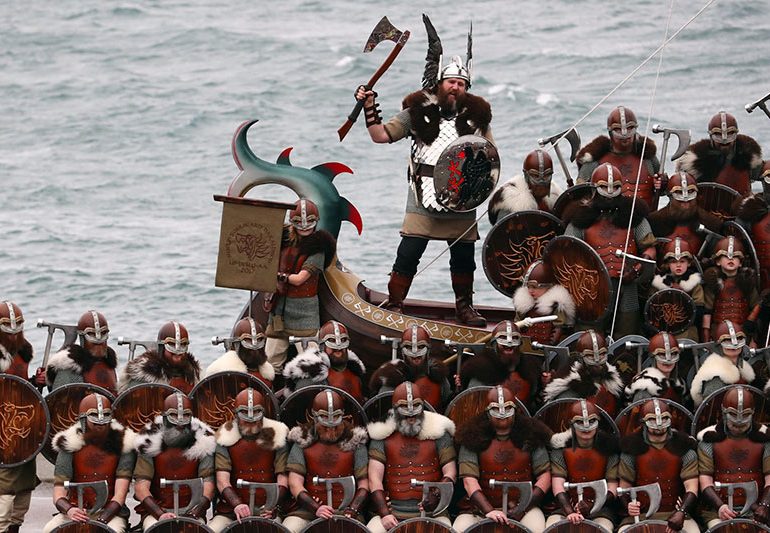 Up Helly Aa is a legendary viking festival that takes place in Scotland every year. Realistic armoured costumes, group chanting, and a full-on ship burning was only the beginning of a night filled with lot od drinking and dancing. The squads spend the whole day marching through Lerwick, the capital of Shetland province

The squads made way to the waterfront, where they burn a viking ship with 1 thousand torches. Once the boat is nice and crispy, they retire to town hall and drink beer until the sun comes up. The festival is a deeply cherished tradition in the Shetland Islands

Shetland Islands were invaded in the past and colonized by Norse viking settlers in the 8th century, and became a Norwegian province until 1472. Those hundreds of years left an impact on the now Scottish territory, which continues to celebrate its Scandinavian history.