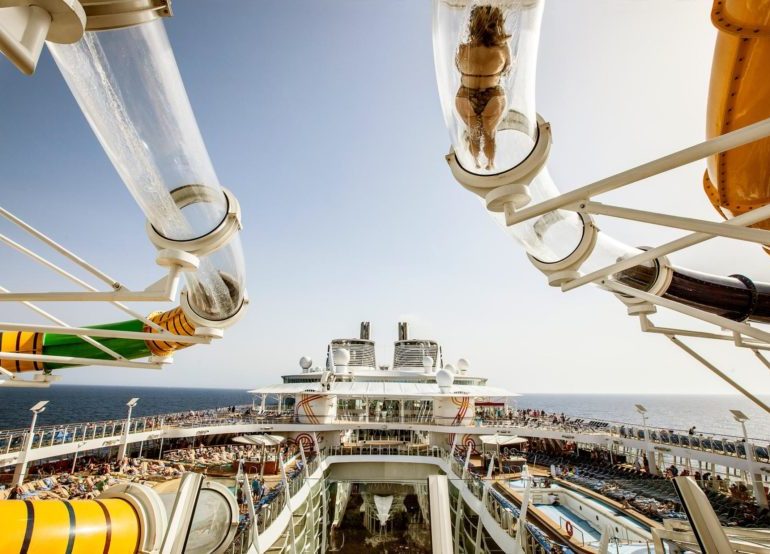 It’s heavier than 17.000 African elephants, taller than Mount Rushmore, more than twice as long as the Washington Monument. It has more horsepower than seven Ferraris. It hosts more works of art than the Louvre has paintings on display. 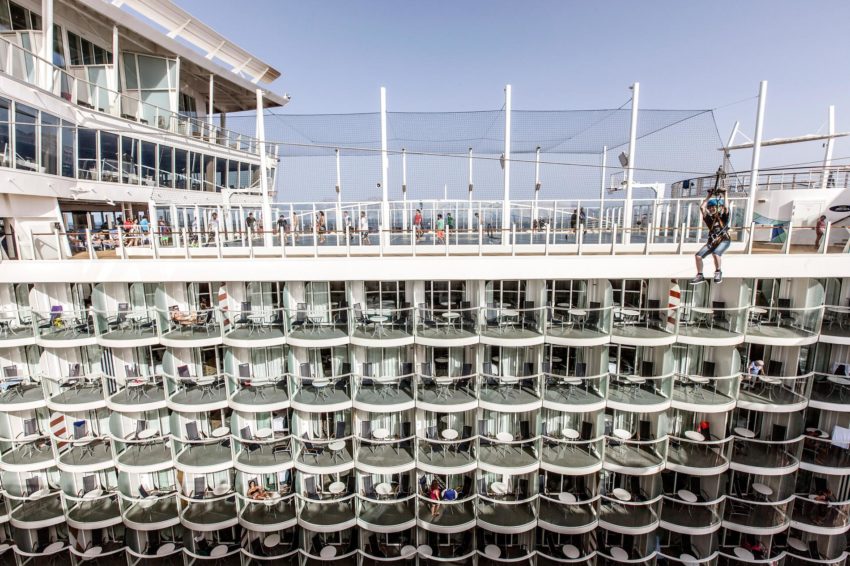 Launched in 2016, the 226-thousand-ton ship boasts seven neighborhoods, multistory waterslides, and robot bartenders. It is definitively Alice’s Wonderland at sea.

It can accommodate nearly 7,000 guests and more than 2,000 crew members, earning it the title, “the floating city.” 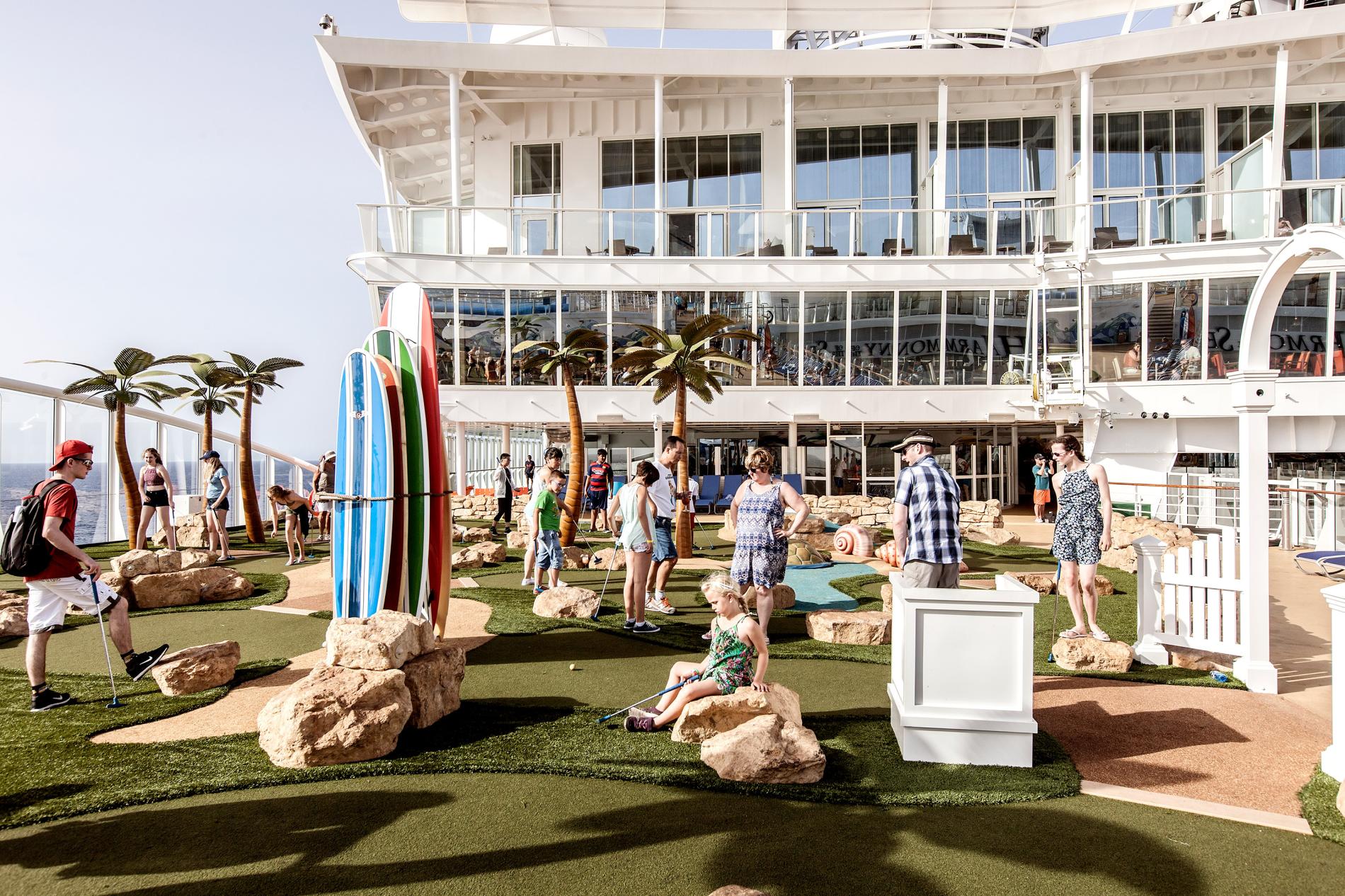 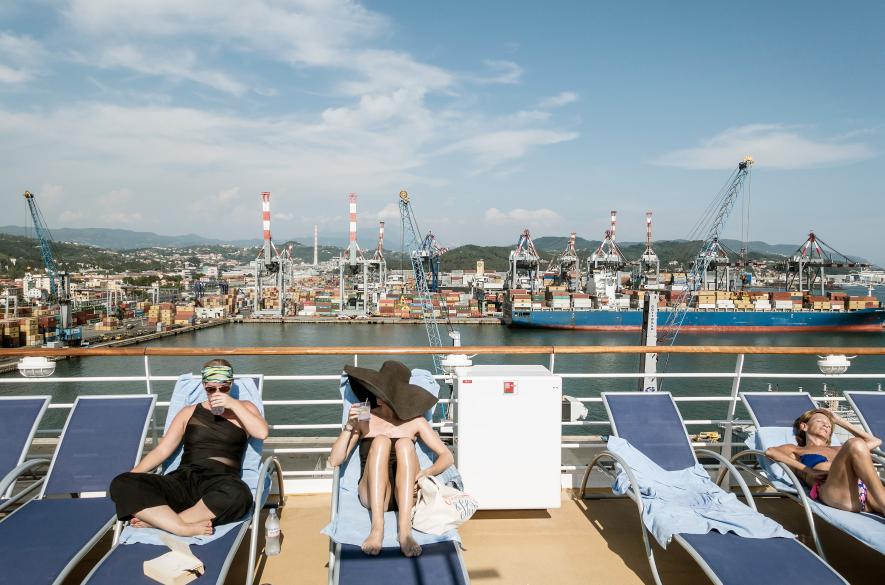 Harmony of the Seas’ 23 pools, waterslides, and surf simulators contain more than 94 times the water of one eruption of Yellowstone National Park’s iconic geyser, Old Faithful. 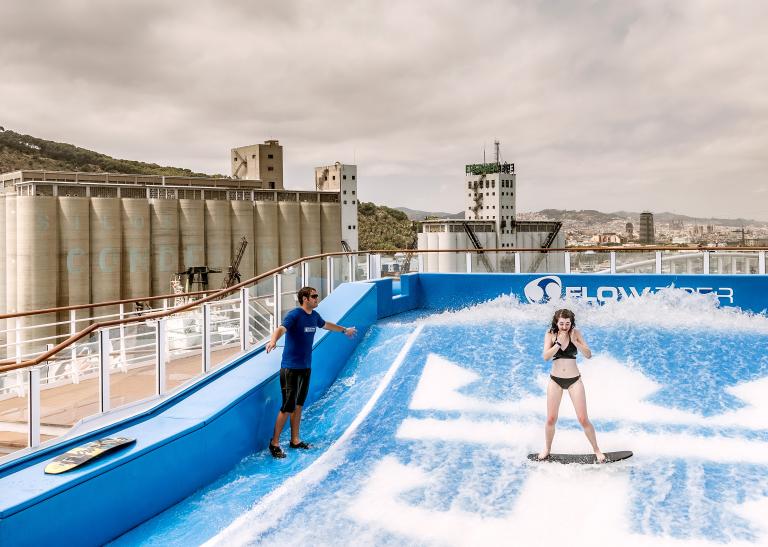 The cruise industry is one of the fastest growing travel markets worldwide, and ships are increasingly becoming bigger and flashier.

Scientists warn that these ships, which operate in fragile marine ecosystems around the globe, can have detrimental environmental and public health effects due to their significant release of sulfur dioxide and water pollutants. 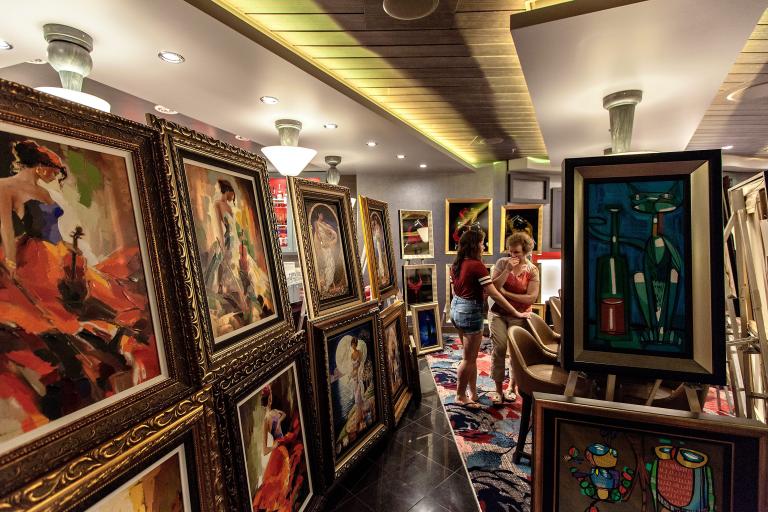 The Harmony of the Seas—whose art collection features more than 3,000 works by artists from 60 countries—hosts art auctions aboard the ship. 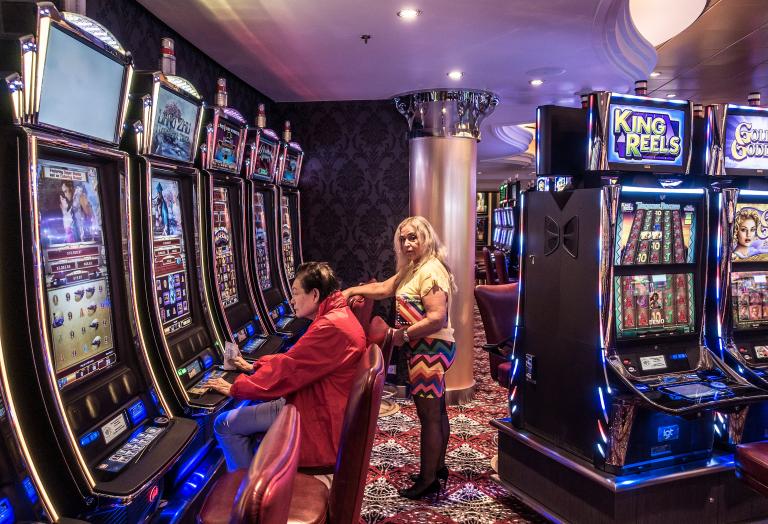 High rollers on the high seas can try their hand at cards, slot machines, and roulette in the ship’s glitzy onboard casino. 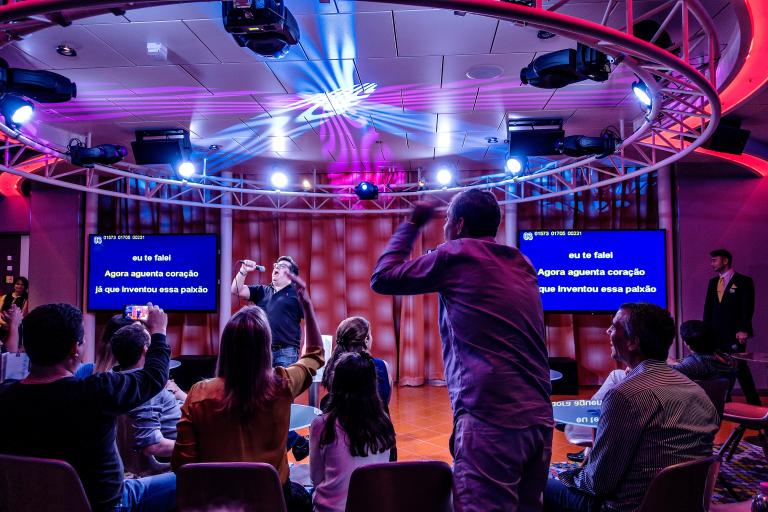 Entertainment Place houses the ship’s own nightclub district, which boasts karaoke venues, a theater, ice-skating shows, and a comedy club. 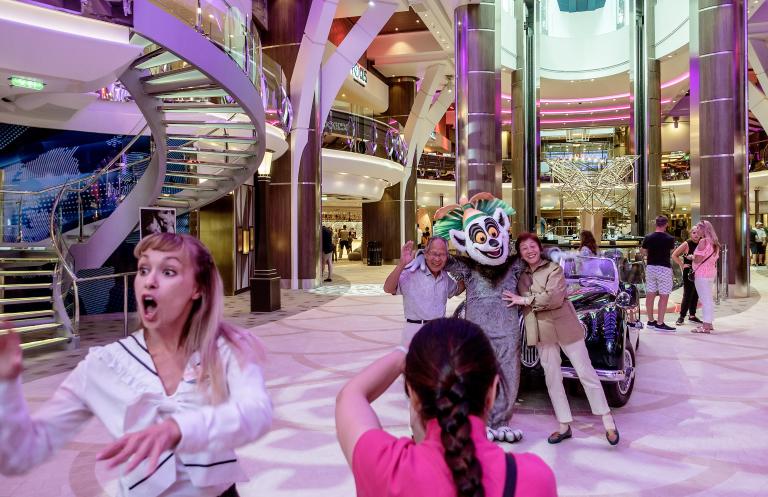