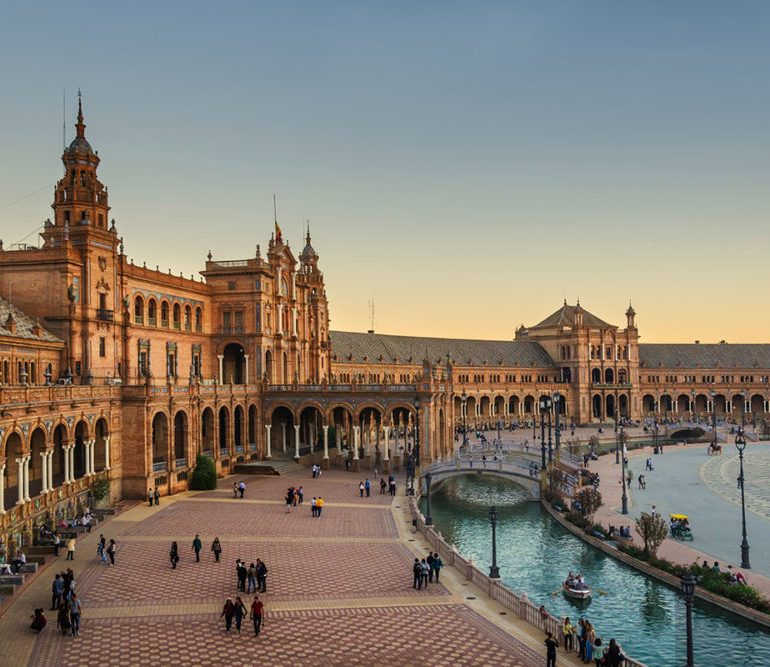 Seville is the capital of southern Spain’s Andalusia region. According to myth, it was discovered 3000 years ago by the Greek god Hercules and its origins are linked with the Tartessian civilisation. 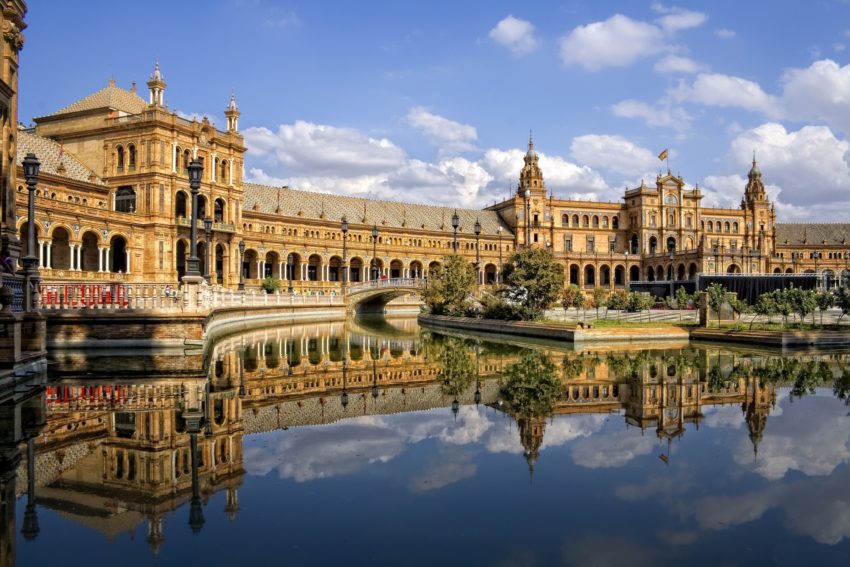 For all its important monuments and fascinating history, Sevilla is universally famous for being a joyous town. While the Sevillians are known for their wit and sparkle, the city itself is striking for its vitality. It is the largest town in Southern Spain, the city of Carmen, Don Juan and Figaro. In Sevilla, you will want to visit the old city, with the Cathedral and the Giralda tower at its heart. (You can climb the steps inside the tower for a magnificent view of the City). In the old city, the Casa de Pilatos, a large sixteenth-century mansion where Mudejar, Gothic and Renaissance styles blend harmoniously amidst exuberant patios and gardens and, crossing the Triana bridge over the large Guadalquívir River, the lively popular quarter of Triana with charming narrow streets around the church of Santa Ana and traditional ceramic factories. The Gothic Seville Cathedral is the site of Christopher Columbus’s tomb and a minaret turned bell tower, the Giraldo. It’s famous for flamenco dancing, particularly in its Triana neighborhood. The Museo del Baile Flamenco (Museum of Flamenco Dance) in Seville is an impressive venue for some of Seville’s best flamenco. Located in the Santa Cruz quarter and just a few steps from the Plaza Alfalfa, the museum offers daily flamenco shows. Spring in Seville has a special atmosphere, garlanded with the sweet scent of orange blossom and jasmine, and a frisson of excited anticipation, as the city’s two most important events take place – first Semana Santa and then the Spring Fair, the Feria.