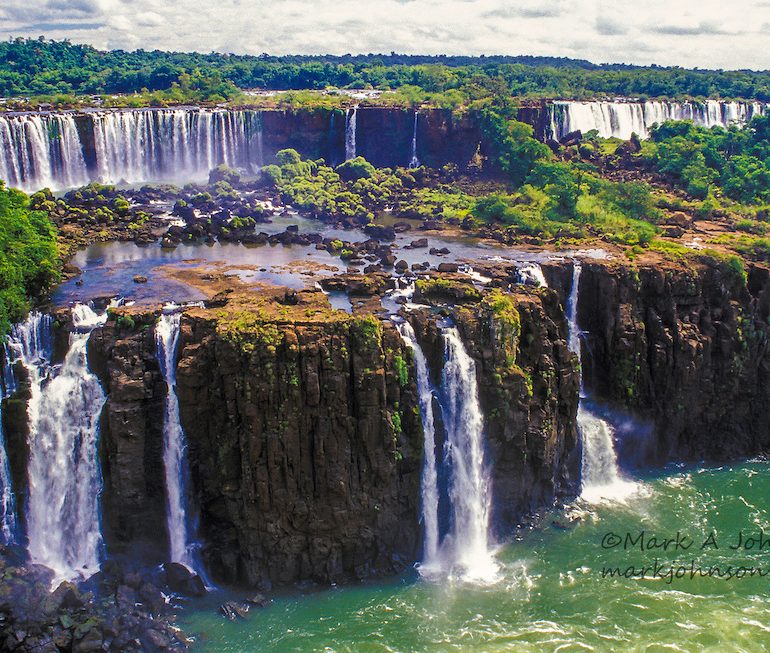 The exquisite Iguazu Falls are waterfalls of the Iguazu River located on the border of the Argentine province of Misiones and the Brazilian state of Paraná. 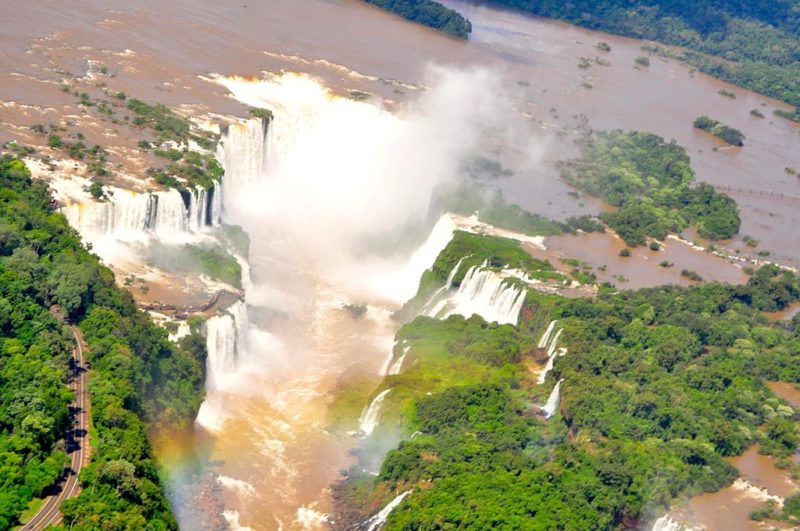 Iguazu Falls or also known as Iguassu Falls or Iguaçu Falls. In fact are what divides the river of the same name into its upper and lower portions, a fact that has given rise to several myths and legends as to their origin. This river rises near the city of Curitiba. 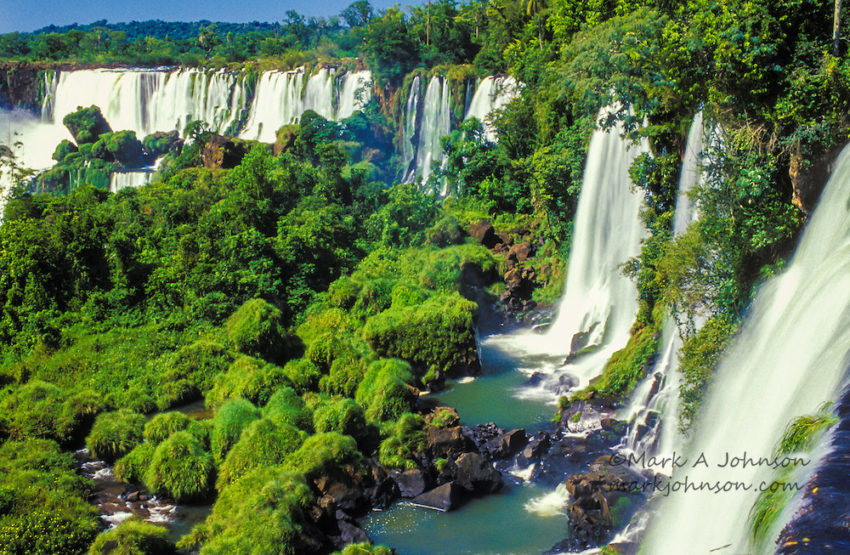 The river flows through Brazil. However most of the falls are on the Argentine side. Below its confluence with the San Antonio River, the Iguazu River forms the boundary between Argentina and Brazil.

They are making a significant part of the political and geographical structure of the continent of South America. The name of the falls originates from the Tupi or Guarani language, and means “big water”. While the ancient Brazilian tribes knew of its thunderous beauty, it was only officially ‘discovered’ in 1541, when the European explorer, the Spanish Conquistador Álvar Núñez Cabeza de Vaca, came across its awe-inspiring beauty. The Iguazu Falls stretch in width for 2.7 kilometres (or 1.7 miles). Their height varies between 60 metres (200 feet) and 82 metres (or 269 feet). This makes the Iguazu Falls taller than Niagara Falls and twice as wide.A large proportion of the water is thrust down Devil’s Throat, a long chasm that is 82 metres high, 150 metres wide and 700 metres long. This chasm has a distinguishing U-shape. Interestingly, there are several islands within the river and the falls. The magnificent spectacle of the falls attracts tourists for centuries. Best time for visit is during spring or autumn. Because summer is very hot and humid, while the water level drops considerably in the winter.The tourists need to confirm the possible VISA requirements when entering from either the Brazil or the Argentina side, as the falls comprise both countries. Visitors can reach the falls from Foz do Iguaçu in Brazil and Puerto Iguazú in the Argentina, or from Ciudad del Este in Paraguay.Special walkways have been built around the Iguazu Falls to allow visitors to get close up. The Iguazu Falls are so exquisite that they have been used as the backdrop for many films. They are movie scene for Happy Together (1997), Mr. Magoo (1997), Miami Vice (2006) and Indiana Jones and the Kingdom of the Crystal Skull (2008).