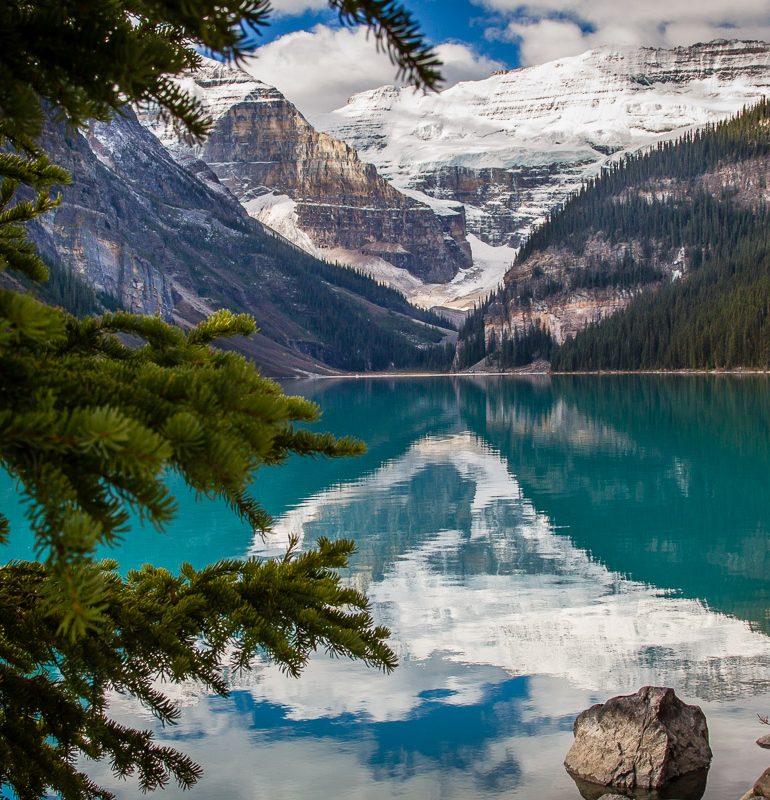 Located in the arms of the magnificent Rocky Mountains, there is a real treasure, the Lake Louise.The background of Lake Louise is filled with views of several snow-capped mountains. The majestic mountains are Mount Temple, Mount Whyte and Mount Niblock. The lake was named after the Princess Louise Caroline Alberta (1848–1939). She was the fourth daughter of Queen Victoria, and the wife of John Campbell, the 9th Duke of Argyll. 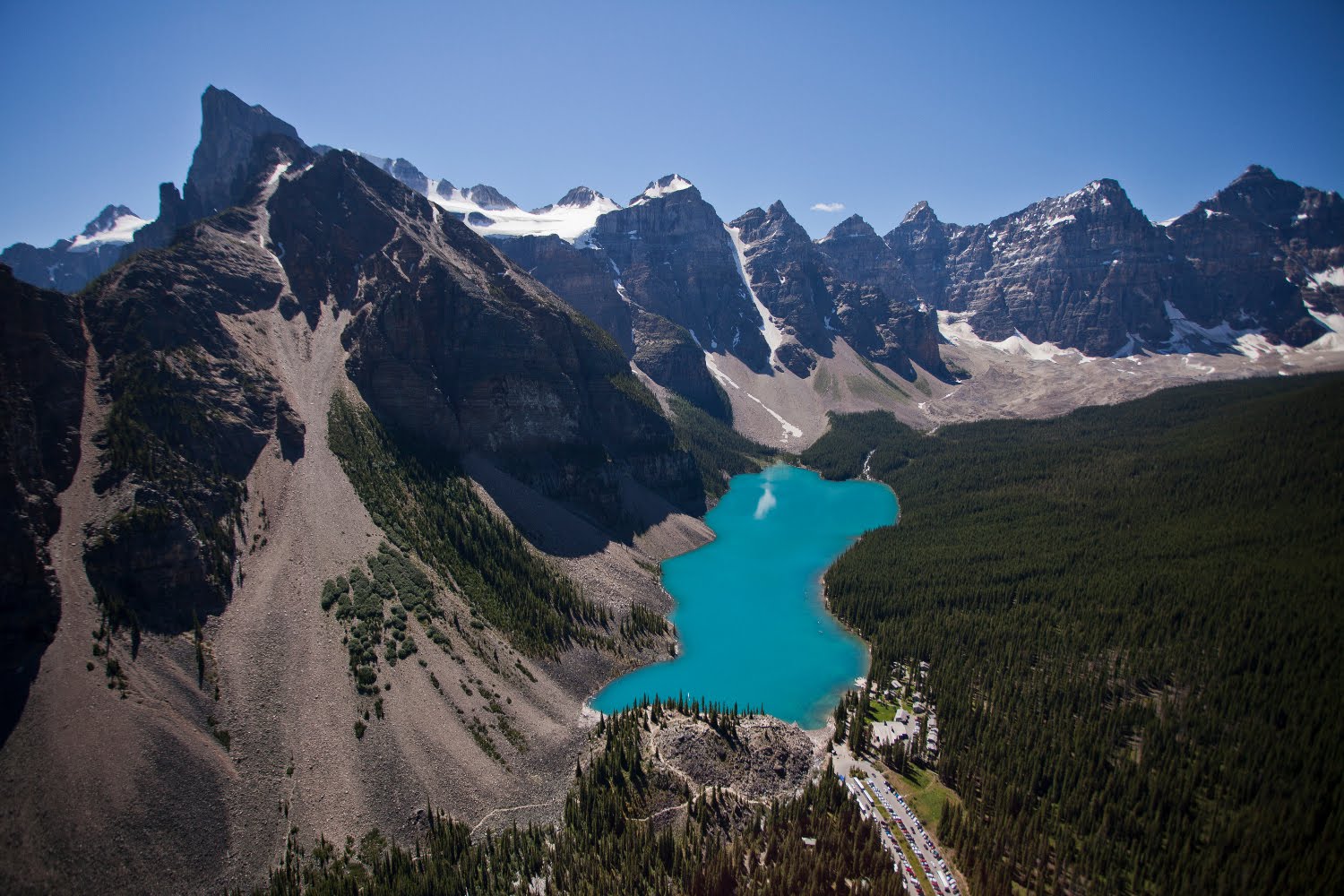 Lake Louise is located in the Canadian province Alberta is one of the most important natural reserves of the planet. The lake enters in the borders of the oldest national park in the country – Banff National Park. The park exists from 1885 and became part of the wealth of UNESCO IN 1984. 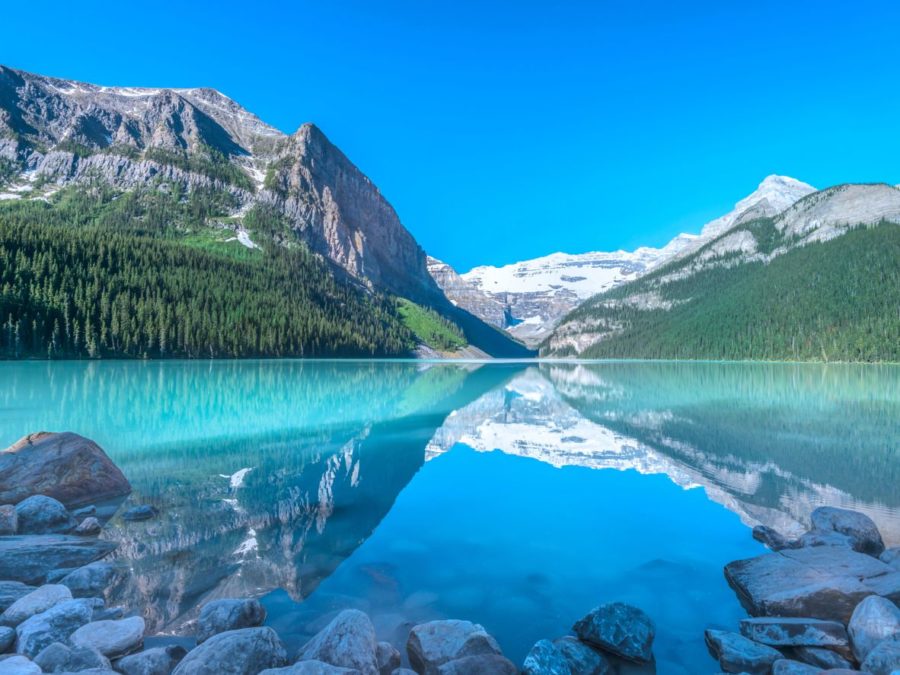 The average depth of the Lake is 70 meters.It’s dazzling blue-green water in which reflect the steep hills and snowy peaks of the mountains is real attraction.That emerald color is gained due to “rock flour”. The flour separates and condenses from the water and from melting of the glaciers. 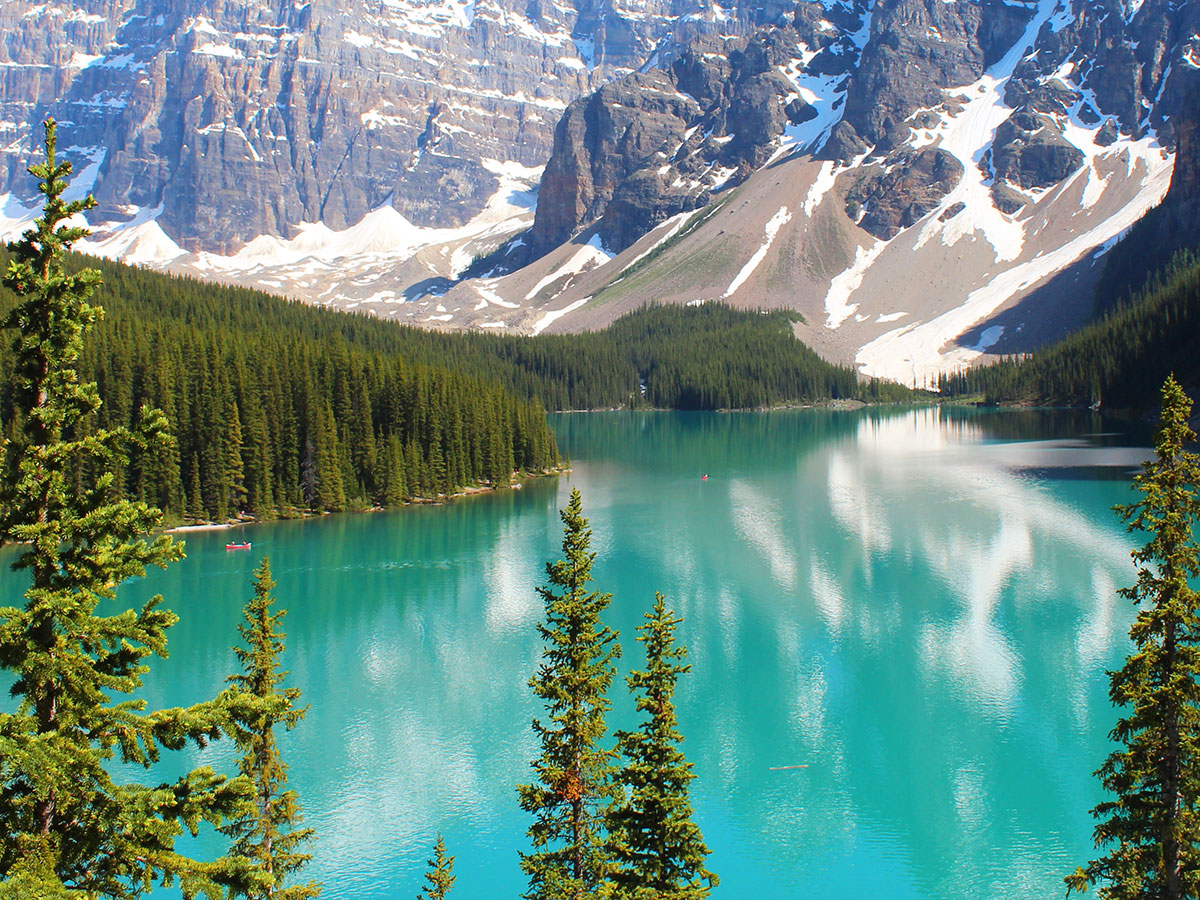 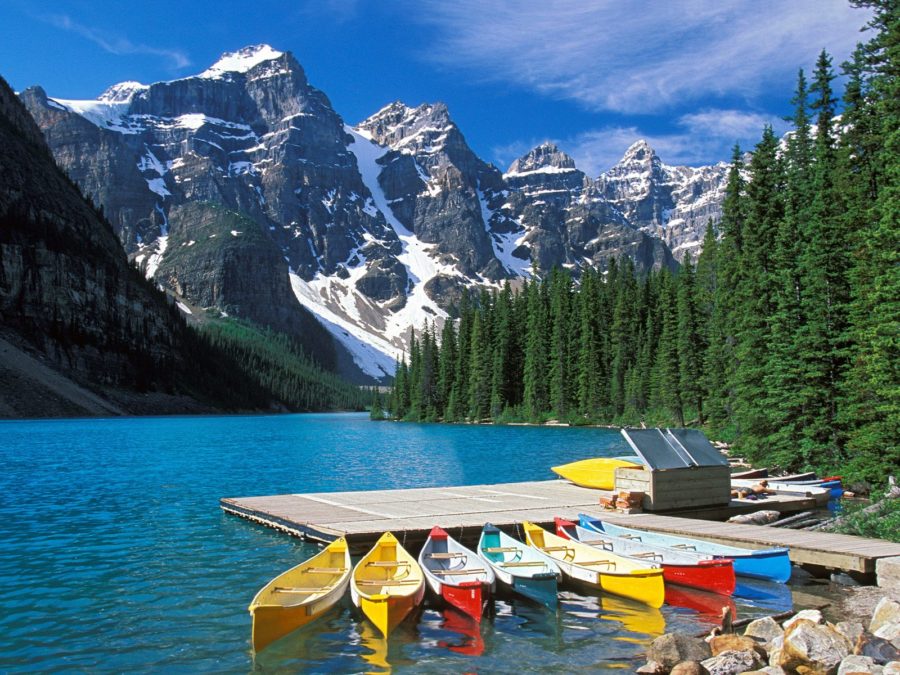 On the shore of magnificent turquoise Lake Louise stand the famous resort Fairmont Chateau Lake Louise Hotel and a little Deer Lodge.Those are the only places where you can stay. The luxury hotel was built in the early 20th century by the Canadian Railway Company. Every year around the Fairmont is made beautiful ice castle that complements the charm of the snowy fairy tale.

Here there is one of the best and most beautiful ski resorts in North America.The length of ski resort is 50 kilometers and having three separate ski areas. 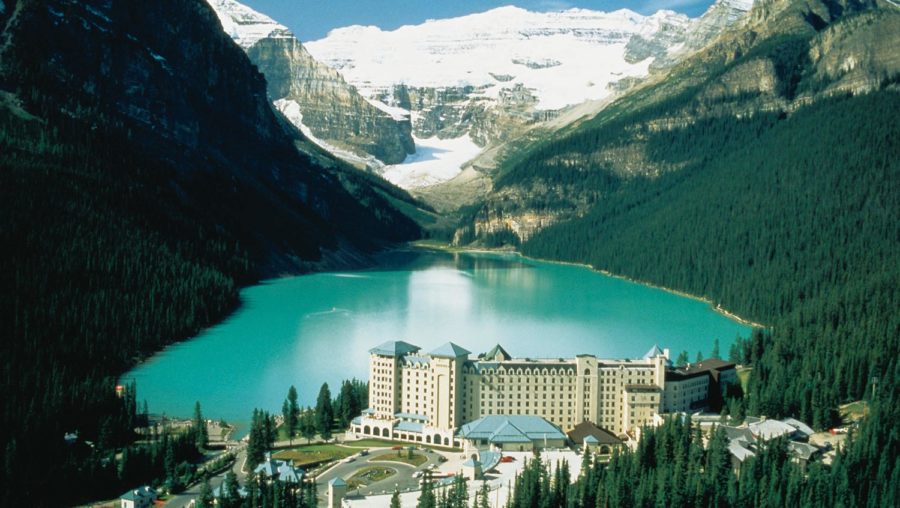 Lake Louise experiences a subarctic climate. Annual snowfall averages 3.3m and winter temperatures below −50 °C have been recorded. Summers consist of frosty mornings and crisp, cool days. Snow can occur in any month of the year.When a temperature falling under zero, surface of Lake Louise freezes and is ideal for driving on ice skates. 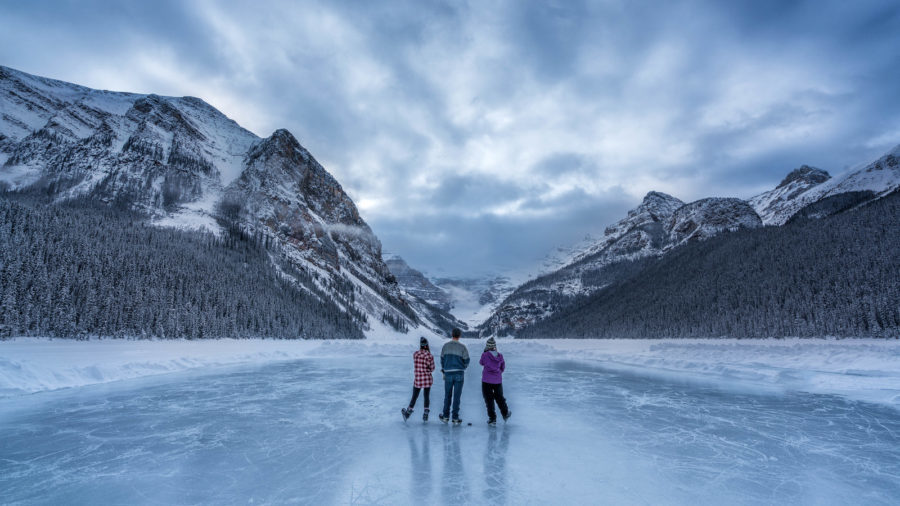