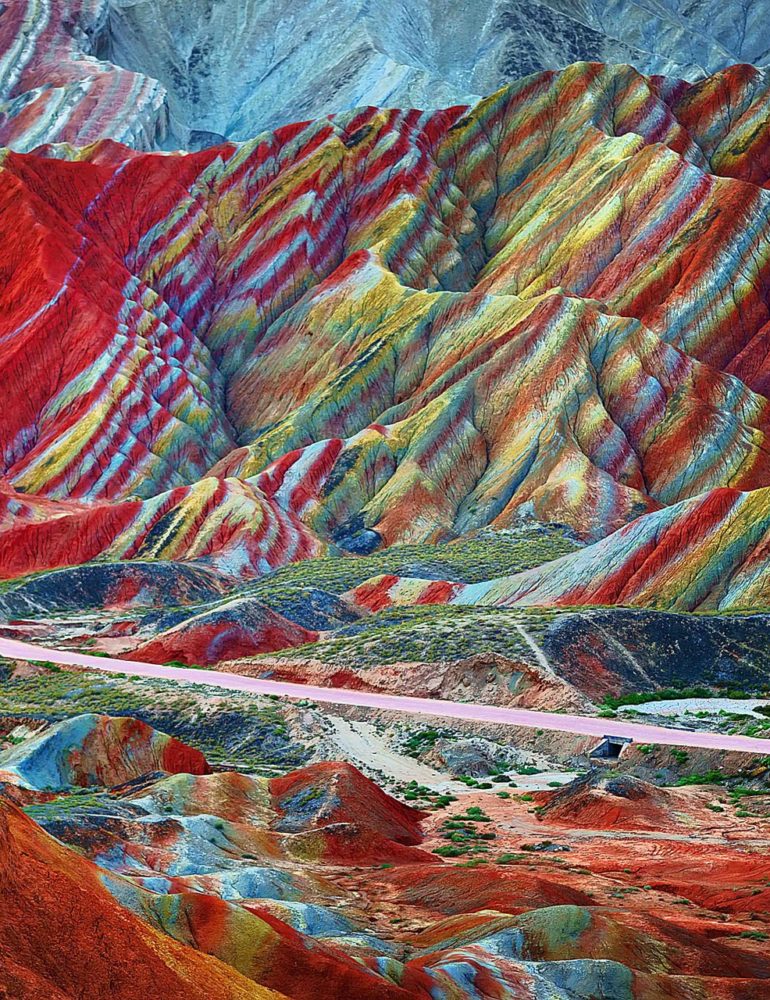 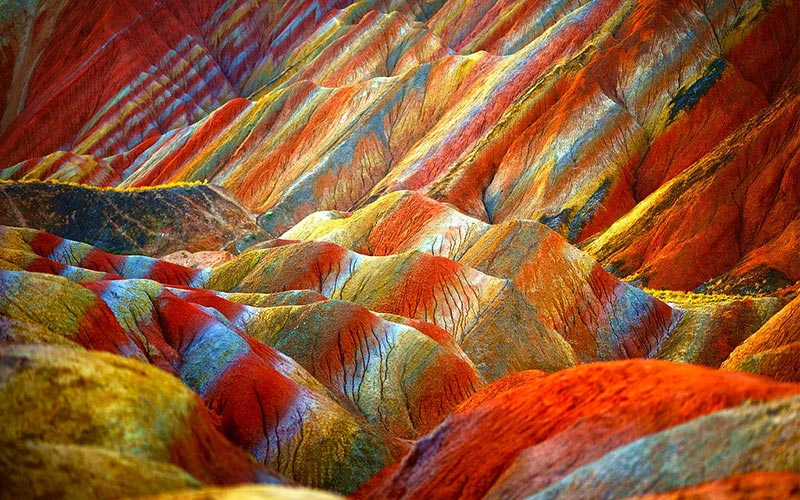 Situated at Zhangye Danxia Landform Geological Park in Gansu Province, this is mother nature at its most colorful. Over 24 million years ago these mountains formed in China by laying down mineral deposits over and over again. The colors pop most after a good steady rain, but look pretty spectacular all of the time. 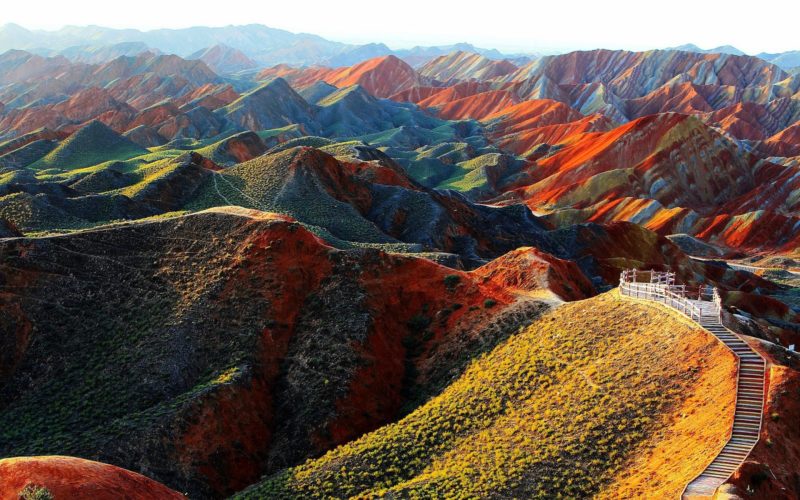 Zhangye’s Danxia landscape has lots of precipitous red cliffs. Most of which are several hundred meters high, and multicolored ridges of weathered strata, sometimes stretching to the horizon. These formations, sometimes smooth sometimes sharp, stand  out against the greens or grays of the plains, looking grand and magnificent, vigorous and virile. 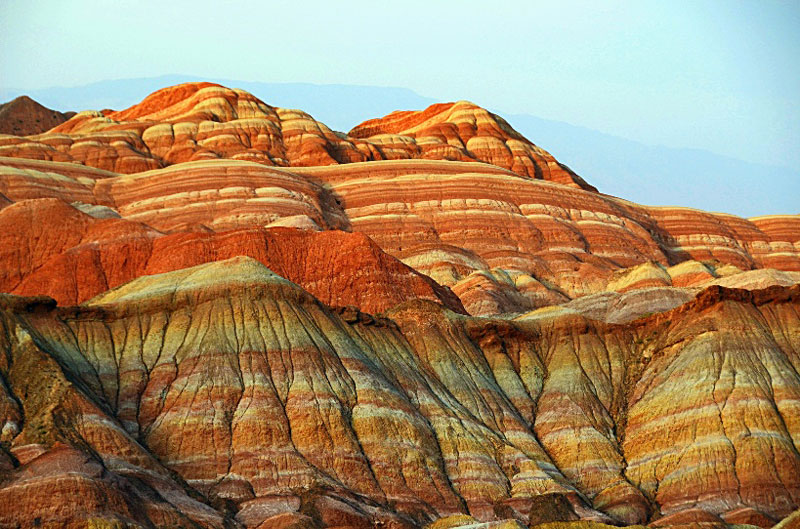 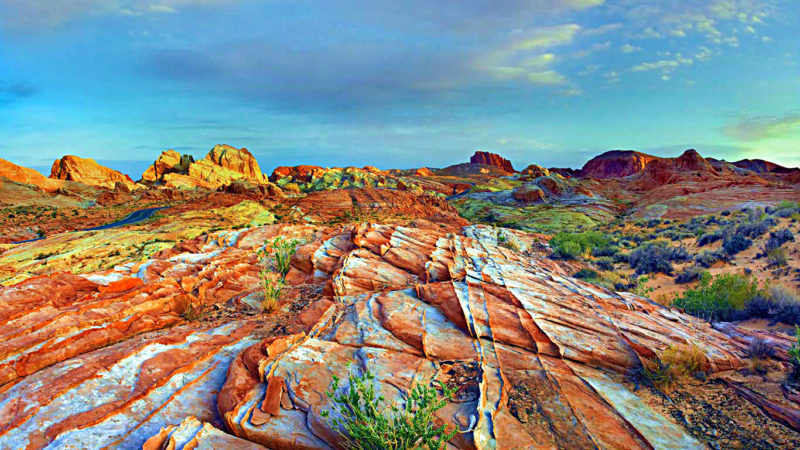 Across the Danxia landscape zone, a kaleidoscope of numerous red rocky outcrops resemble weird and wonderful shapes like castles, towers, as well as humans, creatures, birds and beasts. Their peaks peeping through the mist and clouds, produce mirage-like scenery of fantastic mountains and pavilions. 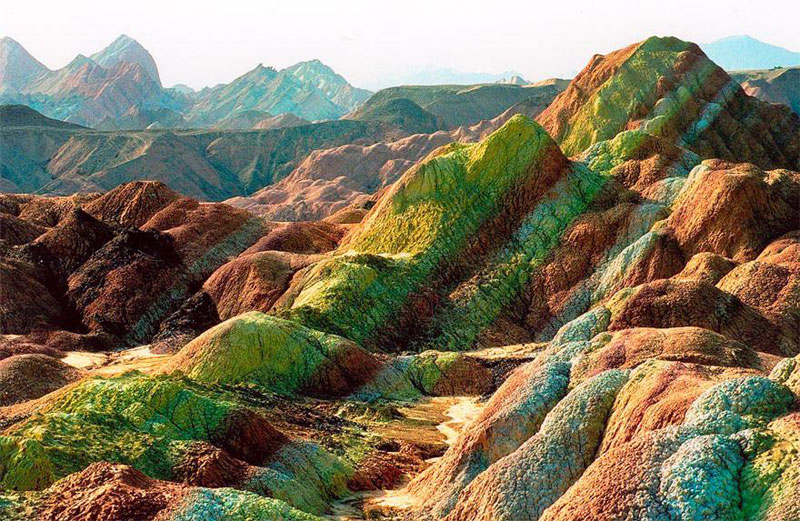 How Was It Formed 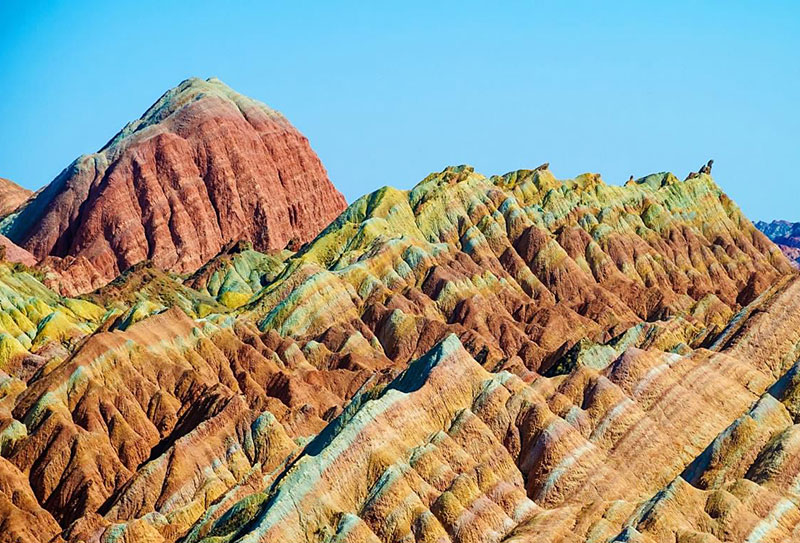 The best time to visit Zhangye is from June to September. The weather is comfortable, and the combination of strong sun and a little rain brings out the colors more. The rest of the year is very dry. Zhangye is well below freezing and windy in winter, so this season is not recommended.