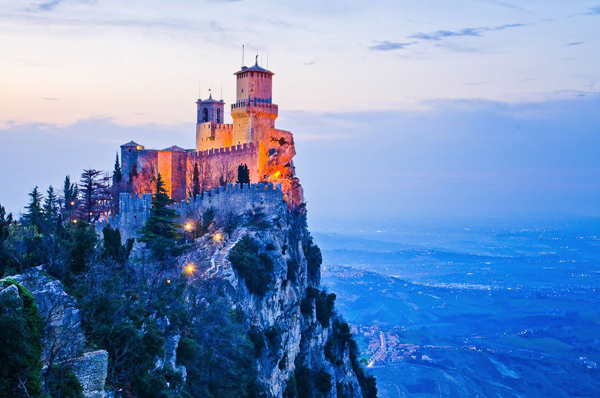 The Most Serene Republic of San Marino is a must-see destination for lovers of history—and for those who love picturesque panoramas.

San Marino is located on the Italian Peninsula on the northeastern side of the Apennines MountainsIts size.It is just over 61 km2 (24 sq mi), with a population of 33,562. It’s capital is the City of San Marino and its largest city is Dogana. San Marino has the smallest population of all the members of the Council of Europe.

It was founded in the 4th century AD, San Marino prides itself on being one of the world’s smallest, oldest independent states. The country is tiny, with a total population of around 30,000 people ( the city of Rome has more than 2,600,000!).