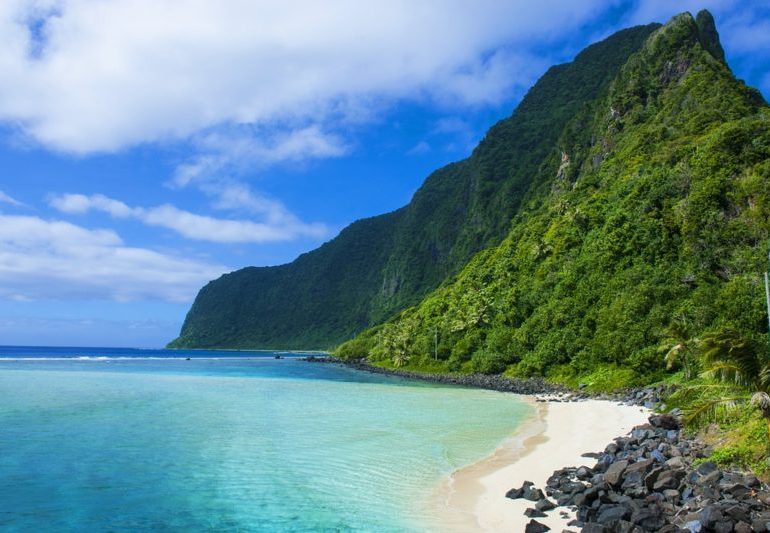 Samoa Islands are natural beauty made up of 10 islands, beautifully hidden between volcanic islands Fiji and Kukes, located in the South Pacific, Samoa is tropical paradise and an idyllic experience for anyone who passes through it.

The Samoa Islands are an archipelago covering 3,030 km2 (1,170 sq mi) forming part of Polynesia and the wider region of Oceania. Administratively, the archipelago comprises all of Samoa and most of American Samoa (apart from Swains Island, which is part of the Tokelau Islands). The two Samoan jurisdictions are separated by 64 km of ocean.The population of the Samoan Islands is approximately 250,000 sharing a common language, Samoan, a culture, known as Fa’a Samoa and an indigenous form of governance called Fa’amatai. On the southern part of Upolu Island in Samoa, there is a village called Lotofaga. In this village is situated To-Sua Trench, a large hole and is transformed into area for swimming. This place is very beautiful, surrounded by nature. It has a 30-meter scale by which you can get down into the water to swim. The clear water of To-Sua Trench has amazing conditions for enjoying and relaxing in the beautiful scenery.The tomb of Laulu Fetauimalemau Mata’afa (1928 – 2007), wife of Samoa’s first Prime Minister and the mother of cabinet minister Fiame Naomi Mata’afa, the paramount chief of Lotofaga, is situated close to the sua.This wonderful adventure cost from 6 to 15 dollars, but such an experience is simply priceless. It is simply amazing that this island country, since its inception, has never had its own army. In case of war, Samoa concluded an agreement with New Zealand, which would be obliged to defend that paradise.
We recommend you to visit that wonderful part of the world named Samoa from May to November, when the weather is dry and when there are a multitude of festivals.